In a lonesome frozen land, a feisty hermit lives a charmed life. Her quirky self-sufficient routine is happily fixed, but catastrophic change waits just around the corner to transform her environment and change her outlook. When an enormous asteroid arrives overhead, her sheltered reality will face a cosmic shake-up. In the course of losing the world she knows, the hermit just might find the companionship she’s always hoped for. 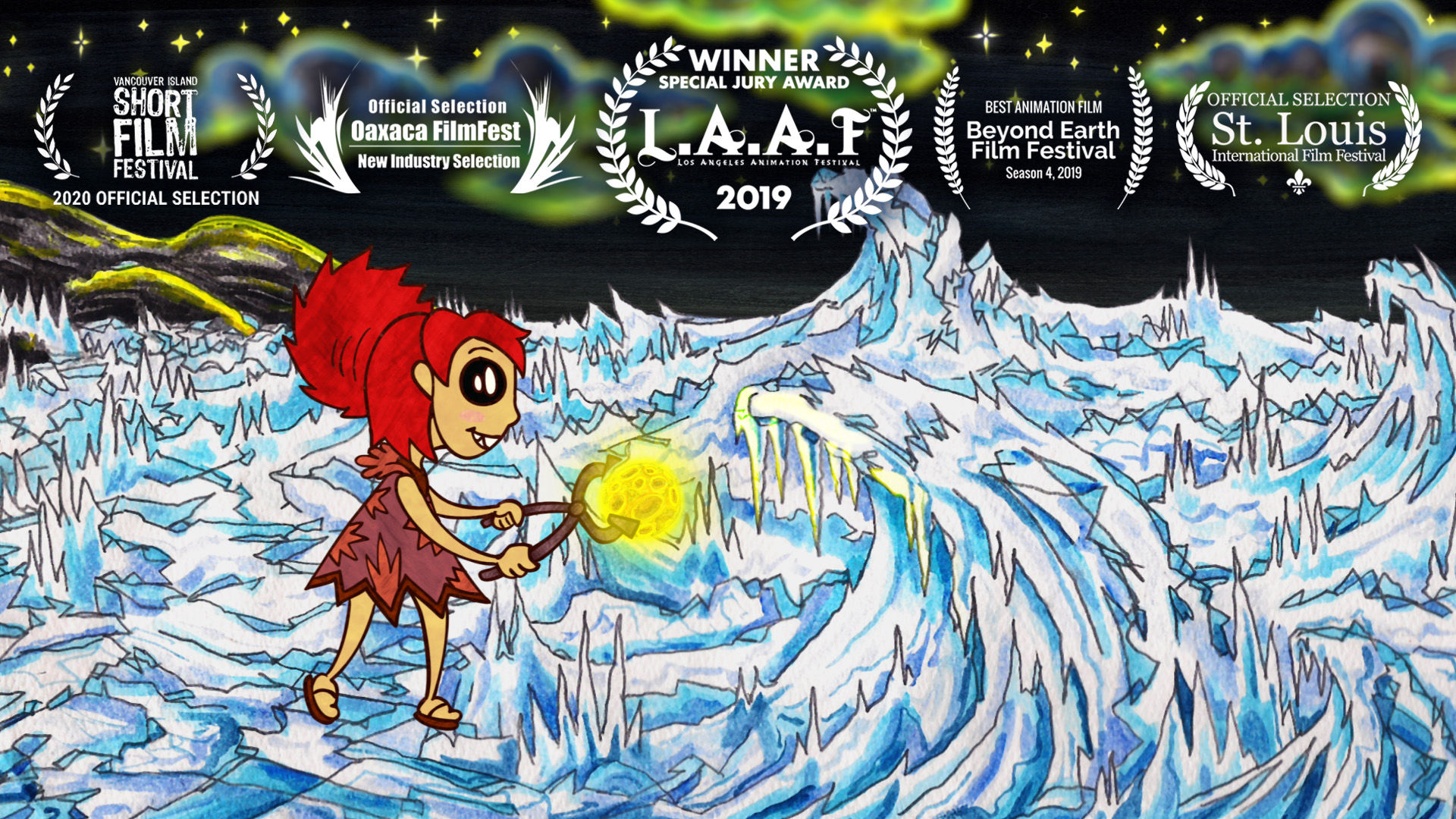